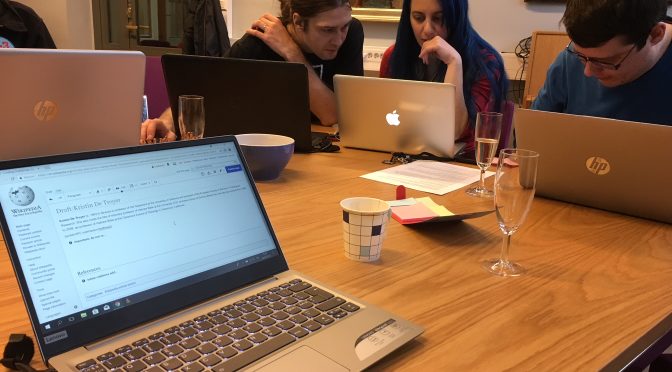 On the 8th of March, International Women’s Day, the Centres of Excellence ANEE and CSTT co-organized a Wikipedia edit-a-thon with the theme “Women and the Ancient Near East”. The aim was to improve both the Wikipedia pages on female scholars of the ancient Near East and on women in the ancient sources. The event took place in a casual but inspiring atmosphere, and the Wikimedia volunteers provided some editing training for the ones not so familiar with Wikipedia content creating. The event gathered 15 participants, who created in total 4 new Wikipedia articles, edited 9 existing ones, and added 2540 words to Wikipedia.

Wikipedia is a web-based encyclopedia that is based on the openly editable content. The Wikipedia project is supported by Wikimedia Foundation that owns the Wikipedia.org –domain, and e.g. exercises outreach and controls the servers. The Foundation does not edit the Wikipedia content, though, but the volunteers (that is, anyone with internet access and a Wikipedia username) are taking care of producing and editing texts. Updating and correcting the information on Wikipedia is an easy and effective way to spread rightful knowledge; Wikipedia is a heavily trusted tool among the greater public, pupils, reporters and students.

This is the second time the Wikipedia edit-a-thon event relating to especially women and ancient near east has been organized in Finland, and a similar event was also held at the AAR/SBL annual meeting in Boston in 2017. One of the active persons behind these previous events is ANEE Team 3 vice-leader and CSTT member, Rick Bonnie, who finds these events very effective endeavors for advancing the knowledge both on Wikipedia and the gender gap: “Research has shown that ca. 90 percent of Wikipedia editors are male. This has a profound impact upon what content is being created and updated on Wikipedia. Hence, it is important that we as researchers try to make sure that the content of Wikipedia is not gender biased.”

The researchers of ANEE and CSTT urge everyone to organize similar events for their communities. We are also happy to give you some tips, if needed!

Article on Wikipedia about gender gap

For more information to get started with Wikipedia editing, look the introduction

The Centres of Excellence ANEE and CSTT will organise a Wikipedia edit-a-thon, open to all researchers at the Faculties of Theology and Arts (University of Helsinki), on the theme of “Women and the Ancient Near East,” in honor of International Women’s Day (March 8). The event will be held Thursday, March 8 in the Faculty of Theology, 5th floor faculty hall (Vuorikatu 3), 2pm – 6pm. We will provide training for everyone to edit Wikipedia at the event with help of Wikimedia Finland volunteers.

This is the second time the event has been organized in Finland, and a similar event was also held at the AAR & SBL annual meeting in Boston 2017. Research has shown that ca. 90 percent of Wikipedia editors are male. This has a profound impact upon what content is being created and updated on this influential encyclopedia. As Wikipedia is the most used encyclopedia and is often the first place that high school pupils, university students, and laypeople look for information, addressing this gender imbalance is of high importance.

Together, on March 8, we plan to improve both the Wikipedia pages on female scholars of the ancient Near East and on women in the ancient sources (Hebrew Bible included), in a social and casual atmosphere. The CSTT and ANEE will provide an assortment of snacks and celebratory drinks.

You are very welcome to join us! Please register (for free) here, so we can keep an accurate headcount: https://goo.gl/forms/NkSAicCuJGrj17qc2 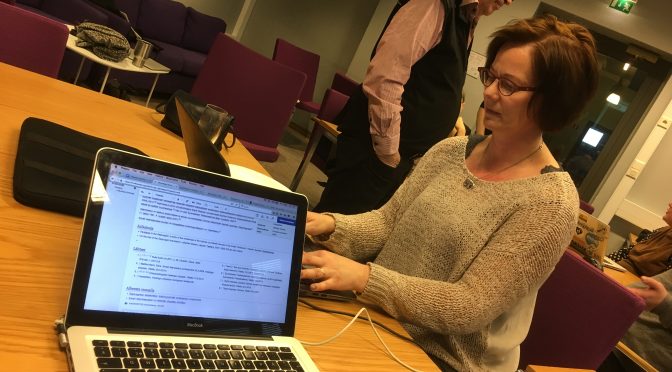 By Rick Bonnie and Helen Dixon

Last week Friday’s Wikipedia edit-a-thon on “Women and the bible” was a great success. The edit-a-thon was organized by the CSTT and was open for all faculty and students of Helsinki’s Faculty of Theology. (If you’re unfamiliar with what an “edit-a-thon” is and would like to know more, check out this site.) And, though we were only around a dozen in number, the participants from Theology and the volunteers of Wikimedia Suomi created and edited around a dozen of entries in the Finnish and English Wikipedia. END_OF_DOCUMENT_TOKEN_TO_BE_REPLACED 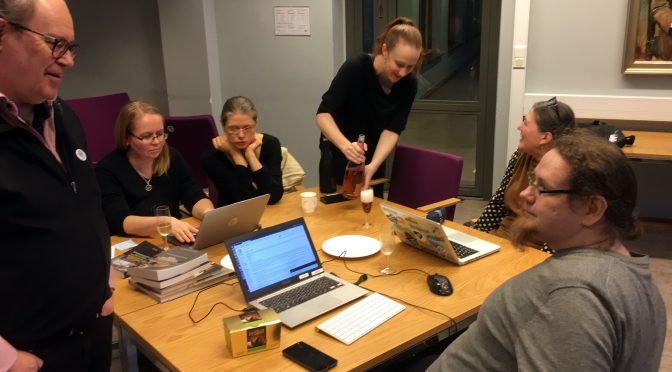 By Rick Bonnie and Helen Dixon (translated by Ville Mäkipelto)