Sanna Kopra’s new article “Lead the Way: China and international climate politics” for the Baltic Transport Journal’s October-November issue has been made available online. In the article, Dr. Kopra reviews China’s climate policy, the role of a global leader on climate change that China aims to undertake, and the country’s interest in the Arctic. 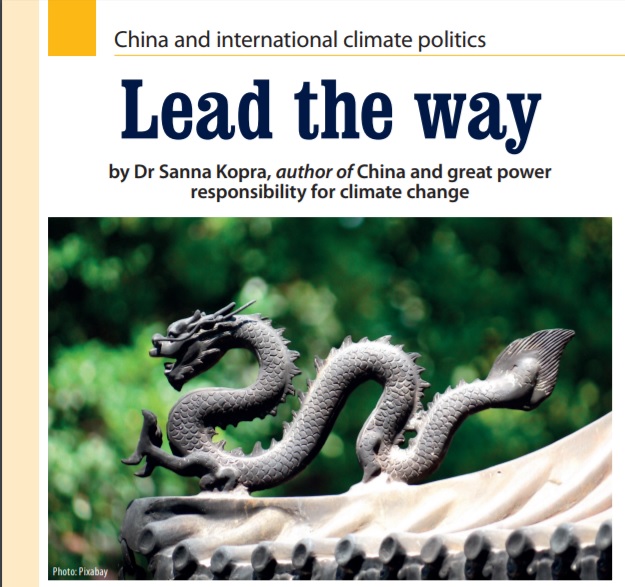 After last summer’s devastating forest fires and sweltering heat waves across the Northern Hemisphere, the global consciousness of climate change has increased dramatically. As President Donald J. Trump withdrew the United States from the Paris Agreement, the first-ever universal global climate deal adopted in 2015, the world has started to expect China, alongside the EU, to step up its emerging leadership role on climate change. In my newly published book China and great power responsibility for climate change I come to a conclusion that China indeed seems to be ready to live up to that leadership role: it increasingly defines climate responsibility as an attribute of great power responsibility and has made all its key climate policies public with a reference to its great power status.

The article can be read online here.