Processing the finds recovered from excavations requires a variety of activities as well as expertize in many fields. Most of the work is conducted by the project’s researchers; particularly that concerning pottery, fragments of wall paintings and many other types of finds (such as bone, metal and glass). In addition, most of the artefacts found in the 19th century excavations are analysed by members of the project staff. Experts were also found to study some specialist finds, such as animal bone which were analysed by a Canadian osteo-archaeologist Michael MacKinnon. 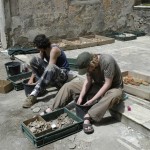 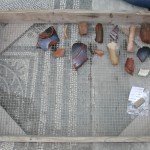 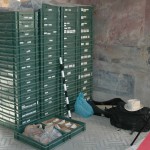 During every field season all the finds recovered were cleaned, sorted, counted, weighed and stored according to excavation units to wait for further study. In 2005, the numbering of the pottery sherds was started. Although the excavation areas were not very large, each produced a great number of finds and the amount of diagnostic finds is in several thousands. Diagnostic finds are for example such pieces of a pottery vessel which allow to reconstruct the its shape such as rims, handles or bases. All diagnostic finds were first numbered and then drawn and photographed. Then they were sorted according to type and stored again to wait for registration. This work was finished in 2006. 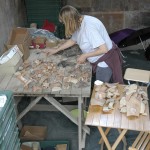 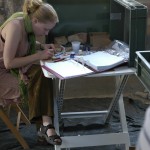 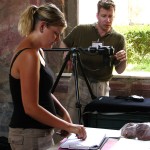 During registration each sherd is analysed in detail and all the data is recorded in forms which are then entered into a database. The recorded data include description of the function of the sherd (rim, base, handle, lid, decorated etc.), measurements (preserved height, width, thickness, diameter of rim or base), colour, material, shape and decoration. Clay fabrics were analysed also. The work is continued then in the library based on the recorded data, drawings and photographs. 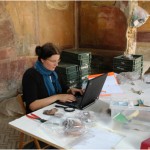 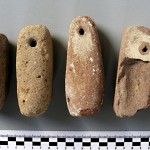 Analysis of the many thousands fragments of wall paintings was started in 2009. The colours, decoration schemes, styles and plasters are recorded. This analysis aims at recognizing pieces of the same paintings and seeing how many different walls might have ended up in the waste pits and what chronological periods the paintings might represent.