The staff and students on the Kumpula Campus have been developing well-being persistently. Here you can find the Support-Cards, which are meant as a quick support and checklist for a volunteer contact person. They contain a lot of information that is based on experience. Creating these cards were people from Kumpula, Helwor and administrative people from HR from the University of Helsinki.

Please, read them and feel free to apply them on your own unit!

Learn about selected products of the Project – initiatives and tools – that support equal chances and gender awareness in environmental science.

How can gender awareness change the way we design and perform our projects? GenderWave is a digitool to integrate gender perspectives into (marine) research project planning. Which measures and activities support structural changes?

We are delighted to announce our final conference, which will be in the format of an online webinar.

Who is it for?

Learn and join in the discussion!

We use Zoom as a tool to support the Baltic Gender Webinar.

We will present four Baltic Gender products which can be used to reduce gender inequalities and support structural changes in marine science. These products are:

The Annual meeting  will be  held on Wednesday 22 April at 15.00–16.00. We will introduce Support cards (they are in English) for the well-being group volunteer contact persons 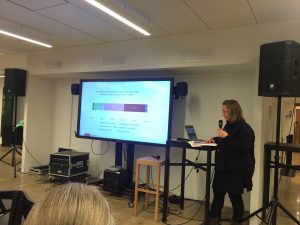 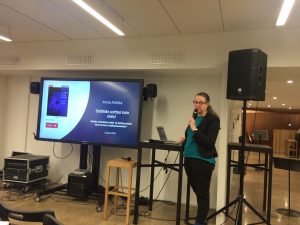 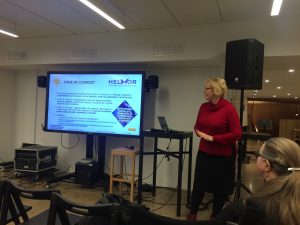 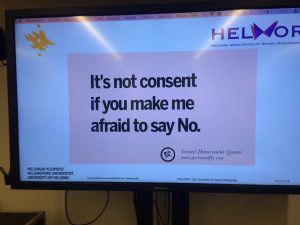 The Annual meeting will be held on Thursday 25.4.2019 at 16.30 and after that the annual lecture. The lecture will be in Finnish, but around 19.15 we will switch to English and therefore we invite all our non-Finnish speaking members to join us. We are eager to learn to know our new members! We will continue the evening afterwards in the pub Sori Tap Room.

Docent Eija Tuominen participated in the conference “Equality in Higher Eduction” held in Dublin August 2018 .  She presented the first results of our survey concerning sexual harassment in the Finnish Academia. The interest for Eija’s paper was huge. We will continue to work with the data collected and publish results in future. Here you can read the abstract of Eija’s presentation:

Active participation of women in society, economy and academia has a long history in Finland. However, the #metoo movement has raised the question what kind of role the experiences of sexual harassment play in different professions. In Finland, sexual harassment has been discussed, e.g., in connection to movie, TV, film industry, and theatre. The Helsinki Association of Women Researchers was aware of many cases of sexual harassment in Finnish Academia but there was no information about the frequency or kind of the phenomenon. Therefore, we decided to make an inquiry.

We opened a questionnaire on sexual harassment in our webpage. Information about the survey was distributed e.g. through internal web portals of universities and mailing lists. As a result, just few weeks after the launch of the questionnaire in March 2018, totally 437 researchers, other staff and students (female 79%, male 18% and other 3%) responded the inquiry. The majority of the entries came from the four universities in the Helsinki metropolitan area and about 15% from other parts of the country. Despite limitations, this study gives direct insight into the previously unstudied frequency and nature of sexual harassment in Finnish Academia.

Our findings are in line with previous studies done in other academic environments (Cortina, 1998; Fitzgerald, 1988; Roosmalen, 1999; Shrier, 1996). Sexual harassment is recognized as form of aggressive behaviour with severe consequences for victims and organizations (Page, 2015; Page, 2016). Most harassing behaviours extend from men towards women (Volkwein-Caplan, 2002). Harassment is related to power (Cleveland, 1993). Victims are typically younger than non-victims are, and harassment is common but official reporting is rare (Mellgren, 2017). The concept of sexual harassment is not always clear (Rotundo, 2001). Victims often feel shame (McDonald, 2012; Poulson, 2000).

In our analysis, we seek to find out what reasons lie behind the wide phenomenon that people did not report of their experiences. Preliminary reasons seem to be feelings of shame and confusion, lack of trust in organizational processes, and lack of information. The perception that the own supervisor is irreplaceable seems to play a significant role as well.
Finally, based on the results, we point out critical areas and practices, which should be taken into account in order to prevent sexual harassment in future: Academia can fight sexual harassment by discussing it openly and by inventing methods to immediately identify and react to harassment. Low threshold reporting channels are important. In general, continuous and active information dissemination and prevention of misconduct seem to be the key to erasing sexual harassment. We are encouraged by the fact that there are previous experiences how sexual harassment policies have changed workplace behaviors and norms (Antecol, 2003; Tinkler, 2008).

The Helsinki Association of Women Researchers will arrange a support group for people who have experienced sexual harassment in academia.
Time during the Fall term will be

The place will be announced later, it will be on the Centre Campus of the University of Helsinki.
If you are interested to join the group, write to:

The Helsinki Women Researchers Association had the honor to meet the new president of the University of Helsinki (August 2018) and we promised him to make suggestions in order to learn more about unconscious/implicit bias.