Together with the compañeras Ruth, Mayra and compañero Sachachristo (Andrés), we met in Quito, in January 2019, institutional representatives institutions dealing with the new reform on intercultural bilingual education, and the reopening of the intercultural university Amawtay Wasi.

The president of CONAIE (Confederacion de Nacionalidades Indigenas del Ecuador), Jaime Vargas, told us about his own experiences with indigenous education, as a professor for seven years in his community; and the dreams of a relaunched intercultural bilingual education accessible, flexible and welcoming to all. His talk underlined the contrast between the need of deeper philosophical and pedagogical discussions on education and the pluriverse, and the realities made of heavy negotiations and bureaucratic lengthy procedures that are involved in the relaunch of the intercultural university Amawtay Wasi.

Severino Sharupi, president of a Shuar community and earlier youth executive of CONAIE, confirmed our impression of a special positive conjuncture for the recognition of indigenous peoples’ rights to education in Ecuador. According to him, while the 1970ies were the years of the struggle for the right to primary education, the 90ies until 2013 were the years for the right to upper secondary education (bachillerato); and now, finally, is the time for the right to higher education for all. The struggle for equality in education does not only aim to improving access to schooling for indigenous peoples, afro-descendants and other minorities, but also to changing the academic canon in the country, through a decolonizing pathways involving schools of all cycles. The Amawtay Wasi project aims for a radically different curricular construction in higher education: decentering the dominant colonial forms of knowledge, and bringing to the core the diverse epistemologies and cosmologies of the populations of Ecuador.

Jaime Gayas, Vice minister of Educación Intercultural Bilingüe and the team directing the SEIB (Secretaría del Sistema de Educación Intercultural Bilingüe), presented their office instituted by the Latacunga agreement between President Moreno and the indigenous organizations. SEIB has a role to accompany the reform of the intercultural bilingual education administratively, pedagogically and technically; however, it has to operate on strict budget austerity. The team confirmed the low percentage of indigneous students in higher education. A contribution to this problem comes from the recent closure of rural schools that has decreased overall school attendance; and by low quality of teaching in the most remote areas, because of lack of local teachers. The announced reopening of community schools will be based on a diagnostic over the infrastructures’ availability and conditions. The SEIB team also explained the university retention problem as consequence of a cultural clash, starting by the basic problem of the oral transfer of culture within the indigenous populations, against the written practices in Hispanic-based higher education; until the different life style in the university systems and in the towns where they are based.

Sara Baez, coordinator of the Saberes Ancestrales of Senescyt (Secretaria de Educacion superior, ciencia, techologia e innovación), explained the importance of the recognition of cultures and knowledges of the indigenous nationalities of the Amazonian region, especially within the framework of the Amazonian law (Ley Amazónica) in charge of a wide plan of investments in the region. The plan includes the opening of four new universities, with special attention to improving the local students’ access to higher education; although this goal is of difficult realization, since students’ recruitment is centralized at the state level. The two public universities currently based in the region are the Universidad Estatal Amazonica (UEA, based in Puyo, Pastaza province), having growing ratio of students from different ethnic groups; and IKIAM (Tena, Napo province), a recently-established modern university, with a low ratio of indigenous students because of an exclusive system of evaluation. According to Sara Baez, neither the plan of establishing new universities or the one of increasing the presence of ancestral knowledge in the existing course programmes are getting sufficient attention, since all parties are engaged in the creation of the Amawtay Wasi, that has to start operating already in 2020. 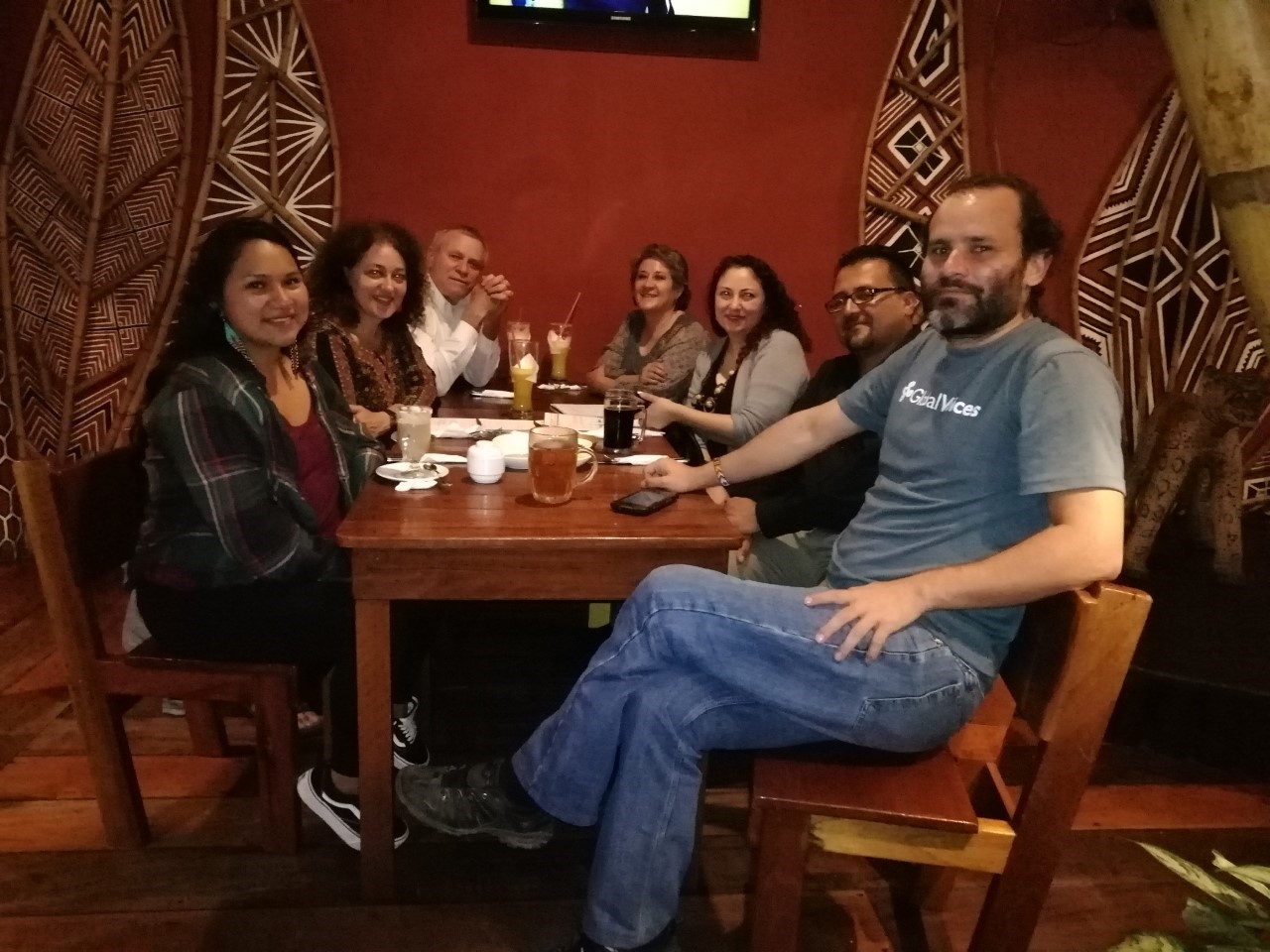