Text and photos by Riikka Kaukonen 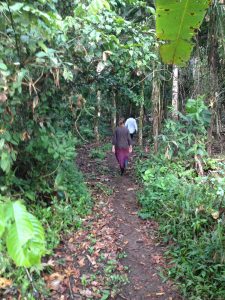 We had already been conducting fieldwork for a bit over one month in the city of Puyo and the communities surrounding it, as we stood in front of a small monoplane on the late morning of 22nd of October. The past months we had concentrated on the experiences of indigenous students of different levels of higher education:

What were the main obstacles they had faced during their education history?

How they saw the relationship between occidental epistemology present in the educative system, and the cosmovision and worldviews of their respective backgrounds?

How could the intercultural and bilingual education programs strengthen the identity and self image of the indigenous nationalities of Pastaza, while engaging with the rich multiplicity and differences that exists between and inside these groups?

We (consisting of myself, Riikka Kaukonen, a master’s student in development studies from the University of Helsinki, and my life partner/assistant Olli Lindholm, a master’s student in anthropology from the same university) had already gathered quite a substantial amount of material in order to answer these questions, but at the same time felt that scope of our study should be broadened to include peoples and communities living inside the territory of the nationalities. After all, the experienced hardships and hopes for the future might differ drastically between students, (born or migrated) living in the vicinity of all weather roads, and the students who are living in the communities that can only be reached by plane, or by hiking for days on paths that more than often have to be cleared by the travelers themselves as they are trekking along.

By a stroke of good luck, I had been introduced to the director of education of the Sapara nationality, Mariano Ushigua, while participating in the Asamblea educativa y pedagógica de la Nacionalidad Kichwa de Pastaza with a fellow investigator Andrés Tapia who has written about the assembly in a former post. Mariano was quick to invite me to join him on a journey through the Sapara territory, as he and his partner Susanna were planning to make rounds through the schools of the territory, so there we now stood in front of a small monoplane ready to take of to Llanchamacocha, a Sapara village known for its ecotourist project Naku.

There are only three colegios (high schools) in the vicinity of Sapara territory, one in Llanchamacocha, one close to the Peruvian border and the third upriver closer to Puyo. Of these three, the one in Llanchamacocha stands out for being located nearest to the center or the territory, as well as for being funded partly by the ecotourist project Naku. For many students living in the Sapara territory, the colegio in Llanchamacocha is the only option for continuing their education after the end of escuela (primary school) if they do not want to migrate outside of the region. This came apparent from the number of students coming from the villages near and far, some of them walking up to 2 hours every school day in order to attend the classes, some of them now living in Llanchamacocha with their relatives for one week at a time.

Immediately after landing on the airstrip we were greeted by the teacher of the colegio, Xavier, who took upon himself to act as our guide during our stay in the village. With him we walked to the nearest village, a one way journey that took us an hour while unburdened. The path, though well kept when remembering that one is in the middle of Amazonian rain forest, was very narrow and crossed over multiple crannies and creeks, climbing up and down sometimes in almost 90 degree angle. This journey had to be undertaken almost daily by the students to get into classes, not only for colegio, but also escuela. According to the locals, there had been more schools, in the area decade ago, but those had been closed down when the previous government of Ecuador slashed the funding for bilingual education. Also the colegio in Llanchamacocha would not exist was it not for the ecotourist project.

Apart from chicha, food, shelter and their friendship, the inhabitants of Llanchamacocha shared their hopes and dreams with us. What came up in the conversations with students, parents and community leaders, was the common perception that the ancestral knowledge was most of all intertwined with the land, the plants and the animals of the forest, the fish of the river, the birds in the sky, clearing of a chakra (plot for cultivation), the communal labor of the mingas, the dreams during the night. To learn ancestral knowledge one needs to know her environment, to live in it, to hear what it has to say. From the perspective shared to us by our collaborates, the best way for an educational program to answer to the needs of their community, it would have to:

1. Be accessible for the students. Thanks to the private funding, there exists a colegio in Llanchamacocha, but were it not for this, the only realistic option for students aspiring to continue their studies would be to migrate to Puyo at the age of thirteen. The cost of a one way flight form the Sapara territory ranging anywhere between 200 and 600 dollars the students who migrate to the city seldom have a chance to visit their communities. The costs of living in the city also produces a financial burden for the families and, as there exists very few chances to earn money in the communities, the young students have to enter the job market.

2. Be properly funded by the government. Though private funding enables the colegio to exist in Llanchamacocha, both the escuela and the colegio have a shortage of supplies. The community also has problems in attaining teachers for longer periods at a time, which can cause discontinuities during the school year.

3. Include local ways of learning and experiencing the world. As the ancestral knowledge of the Sapara is most of all learned through interaction with the land, an educational program that aspires to be intercultural should include local practices, such as clearing of a chakra and participating in mingas. The Sapara nationality had actually created a proposition for a curriculum that would include these practices, but the proposition was rejected along with the closing of multiple bilingual schools by the previous government of Ecuador.

The innovative energy of the community members did not stop with plans for primary and secondary education, as became obvious from their future plans to make Llanchamacocha an educational capital of the Sapara nationality. With proper financial backing, the area cleared for the colegio could be broadened to include housing for teachers and migrating students and facilities for university level courses that could be held by visiting professors and university students, who in turn would, reciprocally, have an opportunity to learn of the land and the knowledge it hides within itself. These grand plans of course are not without challenges, and the community has to forge alliances with the other communities in the territory, as well as on a national and international level, but neither are these plans without a realistic grounding for succeeding. In Llanchamacocha we learned of the significance of dreams, and the community members are laboring with admirable perseverance for their dreams to come reality.

After four nights sleeping in a shared hammock the flow of the river had sufficiently slowed down so we could continue our journey to the next community of Jandiayacu. 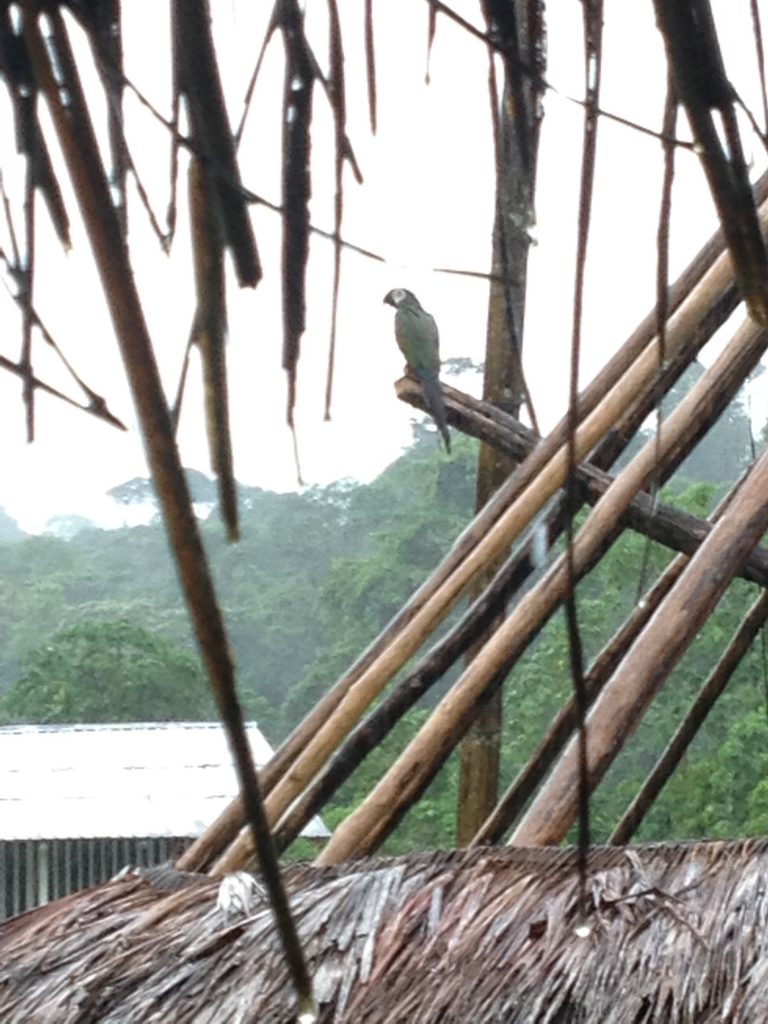