After Laji.fi portal was opened in 2015, it has become a weekly tool for biologist and journalist Jouni Tikkanen as he searches for basic information on the Finnish species. Tikkanen hopes that also Finnish National Forest Inventory (VMI) data will also be opened up, as it would offer great opportunities for non-researchers as well: ”With that data as a groundwork I could build both magazine articles, podcast series and books.”

Jouni Tikkanen (@jounitik, Otava) is a biologist, non-fiction writer and journalist working for Suomen Luonto magazine. Tikkanen is also one of the speakers at the webinar event ”What it takes: Open your research data” that takes place on 25 March 2021 from 1 to 3 pm.

In this interview, Tikkanen explains how he uses open data in his work and what data sets he would like to become open.

Jouni Tikkanen, could you tell shortly about yourself and your work related to open data?

”I’m a biologist and a journalist based in Helsinki. For the past ten years I’ve worked for popular Suomen Luonto magazine (The Finnish Nature) were most of my colleagues have been biologists too. In that work I’ve routinely searched for and read scientific papers, but also for raw data that has yet to be put in context. I also published a book called Lauma (Otava 2019) about the man-eater wolves in Turku area 1880–1881 (see Yle’s article in Finnish). In that work I combined knowledge from a wide range of different archives, both historical and modern.”

I’ve routinely searched for and read scientific papers, but also for raw data that has yet to be put in context.

What do you see as the greatest benefit of opening research data?

”As a journalist, I’ve seen the benefits of opening data in my work from 2010 to 2020. During that time Finnish research institutions started opening their data, and the Finnish Biodiversity Information Facility’s portal (Laji.fi) was opened in 2015. It shortly became a weekly tool for searching basic information about Finnish species, for example distribution maps. Even though the distribution maps often consist of non-standardised citizen observations, and should not be used as an official truth, they are often the best estimate that is out there. For a popular magazine, that is useful information, a hint of something that the readers want to know.”

If you would have one wish that would advance opening data (regardless of costs), what would it be?

”I would like the Finnish National Forest Inventory data (Valtakunnan metsien inventointi, VMI) to be opened. It has now been collected for 100 years, and the amount of information has to be immense.”

What would be an open dataset of your dreams and how would you use it?

”I would use the opened VMI-data for building public understanding of how the Finnish forests have changed during the past hundred years of intensive forestry. With that data as a groundwork I could build both magazine articles, podcast series and books. Now that the data is in the hands of researchers, and the interpretation is theirs, it’s hard to even think what one could possibly find.” 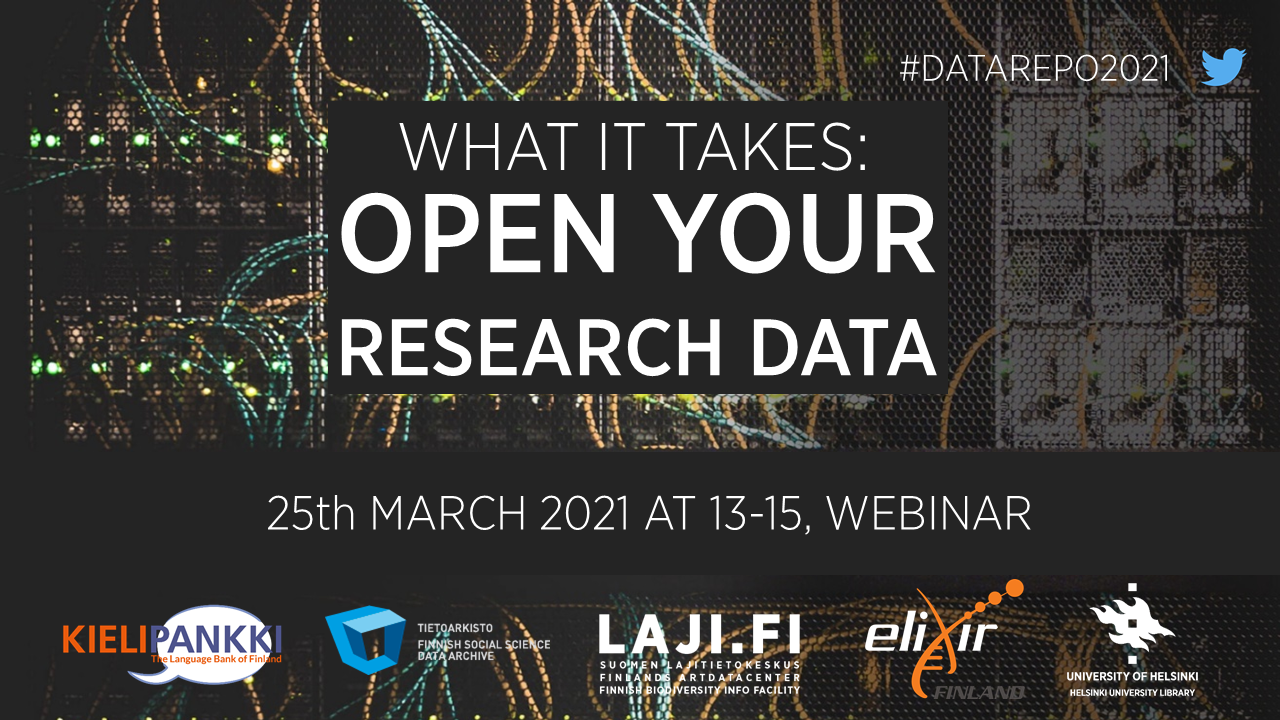