The European Commission has proposed a mandatory exception for research in the European Union copyright legislation in order to give European researchers and innovators the explicit right to process on a large scale the content to which they have legal access.

The exception is aimed at addressing the problems caused by the fragmented copyright regulations in Europe, in particular with regard to the use of advanced new technology known as Text and Data Mining or TDM.

TDM is the accepted term but here it is synonymous with Content Mining, according to Science Europe, because it actually refers to a wide range of content, for instance including audio-visual material and texts, as well as data and metadata, on which a wide range of computerised searching, analysis and integration techniques is used.

The lack of clarity around copyright and ownership of derived works, and the inadequacy of licensing solutions have resulted in researchers, especially those from public interest research organisations, being discouraged from using TDM techniques to analyse vast amounts of digital content, the European Commission says.

Carlos Moedas, European Commissioner for Research, Science and Innovation, said: “The exception proposed will be pivotal in spurring innovation and growth in Europe.”

He added that there is a need to ensure that Europe does not fall behind other regions of the world, where text and data mining is “already made easy”.

“Scientific research is collaborative and knows no borders, so the currently fragmented copyright regime in Europe is simply unacceptable,” he said.

TDM, as defined by Maurizio Borghi, a professor at the Centre for Intellectual Property Policy and Management at Bournemouth University in the UK, involves the electronic analysis of large amounts of copyright works, which allows researchers to discover patterns, trends and other useful information that cannot be detected through usual ‘human’ reading.

This process, known as ‘text and data mining’, may lead to knowledge that can be found in the works being mined but not yet explicitly formulated, he says.

He cites the example that the processing of data contained in a large collection of scientific papers in a particular medical field could suggest a possible association between a gene and a disease, or between a drug and an adverse event, without this connection being explicitly identified or mentioned in any of the papers.

Science Europe, in April this year, issued a briefing paper on TDM and research, arguing that the legal circumstances in respect of TDM are so complex that assessing the legality of the use of particular mining techniques on specific content is impossible, in practical terms, for researchers and it is unfair and unreasonable to impose such a demand on them.

“However, abstention from TDM is not an acceptable option from the perspective of researchers, or even society; researchers want to avoid missing out on the results which can be achieved through employing these techniques, and additionally their ‘competitors’ – for example in the UK, the US and Japan – are able to use these technologies due to the differing legal situation.”

The European Commission, in a briefing note to journalists, said that digital technologies have now radically changed how creative content is assessed, produced and distributed but copyright regulations have not been updated. This is hindering European universities eager to engage in online education and researchers keen to use content mining techniques.

There is a delicate balancing act between protecting the interests of authors and creators and copyright intensive industries – such as media, book publishers, sound recording companies, TV broadcasting – which provide more than 7 million jobs in the EU, and the interests of university researchers, the scientific community and innovative companies collaborating with them.

The League of European Research Universities, or LERU, said in a press statement that the proposal was a “significant, long overdue, step in progressing copyright reform in Europe, creating a copyright framework which is fit for the digital age”.

However, LERU warns that the current proposals are a job only half done and urges the Commission to proceed as speedily as possible with a mandatory exception for content mining. The latter cannot be overridden by contract or Technological Protection Measures.

Legislation to that effect is expected in early Spring, but LERU says the scope of the exception should be widened to “give legal certainty to all those with legal access to content to undertake Content Mining activity”.

Professor Rune Nilsen, chair of the board of Telemark University College in Eastern Norway and an advocate of open access publication, told University World News that the work towards legislation, after years of deliberations, was much needed and should be endorsed.

“This is in line with the concept that scientific knowledge and basic data is a ‘public good’, and that universities and research groups are the most important managers of both data and the concept of ‘knowledge as a public good’ – at least this is valid where people’s taxes have been instrumental in creating the research knowledge,” he said.

Kristiina Hormia-Poutanen, director of the National Library of Finland and president of the Association of European Research Libraries, or LIBER, welcomed the Commission’s proposal.

She told University World News: “LIBER agrees with the Commission that researchers should be able to carry out text and data mining across the EU. Until now, EU researchers have not been making full use of the technology – they need legal certainty.”

“A mandatory and non-overridable copyright exception for text and data mining for all uses is needed to ensure European research is not lagging behind other regions of the world. Modernising European copyright laws to support TDM will enable researchers to make new discoveries and, in turn, to help drive science, competitiveness and innovation.”

Bournemouth University’s Professor Borghi is optimistic that the European Commission will be able to develop legislation on TDM during 2016.

He said: “Legislation on TDM is part of a broader package aimed at harmonising copyright exceptions across the EU. In its current form, the proposed package is not particularly ambitious and, for this reason, I expect it will be passed in legislation without delays.” 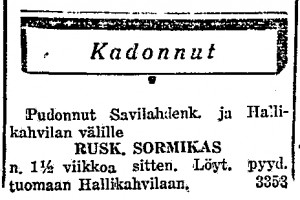