Plan S, an initiative developed by major research funders, made the headlines when the funders’ requirement on open access publishing of research articles was pushed through with a time frame of only a few years. Since then, the academic world has waited for their statement on monographs and edited collections. The statement has now been published, and the accompanying recommendations reveal that the diversity of scholarly publishing has been considered more than in the Plan S guidelines.

The first cOAlition S statement on open access for academic books, published on 2 September, uses significantly less authoritarian tone than the Plan S guidelines. The new statement recognises the diversity of book publishing, emphasises cooperation with the academic world in formulating the forthcoming final guidelines, and gives individual funders an opportunity to issue their own recommendations of open access licences. In addition, the statement contains general recommendations and a plan for preparing future guidelines. 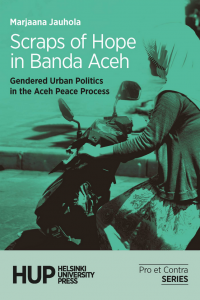 The newly published statement addresses long-form publishing, such as monographs, edited collections, book chapters, and critical editions – a definition that reflects a very traditional view of books. It would be good if, in the future, the guidelines would pay more attention to the opportunities afforded by digital publishing, such as the use of multimedia content (e.g., Jauhola 2020) and how such resources relate to the published work and open access licences. It also remains to be seen how the guidelines will take into account the new technologies used in e.g. digital humanities as well as in publications that differ from the traditional book format (see also the OABN statement, p. 10).

What is the relationship between Plan S and the new statement?

cOAlition S is a consortium of major research funding organisations, including the Academy of Finland. Their Plan S guidelines have been applied to research articles published in academic journals as well as self-archiving (see cOAlition S). The guidelines in question and their authoritarian tone have prompted criticism in the academic community (see e.g., Sundell 2021, Political economy of Plan S: a post-foundational perspective on Open Access).

So far, discussion on the guidelines for open access publishing has been focused on academic journals and article-based publishing. It seems that Plan S is largely based on the publishing logic of STEM subjects (science, technology, engineering, mathematics). This is further indicated by the requirement to publish all articles under the Creative Commons CC BY licence, which enables the commercial utilisation of research. Long-form publishing primarily applies to the humanities and social sciences, and the CC BY licence has been proven more problematic when applied to books. Hence, the licence recommendations of the recent statement pertaining to open access books are much more permissive.

The CC BY licence has been proven more problematic when applied to books. Hence, the licence recommendations of the recent statement pertaining to open access books are much more permissive.

A significant change to Plan S is the admission that individual funders have issued their own recommendations on open licences. Finnish researchers are likely interested to learn that the Academy of Finland has not specified which Creative Commons licence they recommend. Only one funder requires the use of the CC BY or CC BY-NC licence, whereas the majority of funders are more permissive: they either require the use of an open access licence or recommend certain licences.

Listening to the academic community 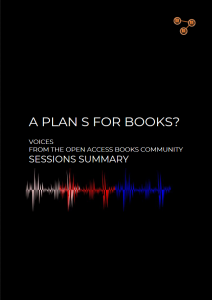 In late 2020, various organisations involved in open access publishing established a forum called the Open Access Books Network (OABN). Coordinated by members of the open access organisations OAPEN, OPERAS, ScholarLed and SPARC Europe, the network is a place for researchers, publishers, academic libraries, and others active in the field of open access publishing to meet and discuss best practices in the open access publishing of books. The objective of the OABN has been to support cOAlition S in drawing up future guidelines and to summarise the views and expectations concerning the statement on books. At the beginning of September, the OABN submitted a summary to cOAlition S on the recommendations (A Plan S for Books?) it hopes the funders will take into account in their guidelines. This summary can be found in full here. These efforts have clearly had an impact, as seen in the funders’ recent statement that takes into account many of the issues raised by the network. In addition, cOAlition S have asked the academic community to use the OABN as a forum for their input on the implementation of the guidelines.

Both the academic community and the members of cOAlition S agree that research institutes and researchers should pay attention to retaining sufficient intellectual property rights over their research. This would enable them to decide on the use and sharing of their research findings and publications. However, the arguments for retaining such rights differ. According to the funders, by retaining intellectual property rights the researchers and research institutes guarantee the open accessibility of research and enable its further use (see Recommendations 02). In other words, funders aim to limit the transfer of rights to parties that prevent sharing publications in open access. From the perspective of the academic community, authors are encouraged to retain intellectual property rights as this is seen as a cornerstone of open access publishing (see the OABN statement, p. 27). It is also understandable that many researchers wish to retain the right to manage their own work.

Many open access scholarly publishers allow researchers to retain the copyright to their work. New university presses, such as Helsinki University Press (HUP), UCL Press, and Stockholm University Press, take the view that they do not have to obtain the author’s copyright to publish research literature. In this respect, the views of commercial and non-commercial actors often differ. Nevertheless, it is clear that researchers no longer need to transfer exclusive rights of their texts to publishers.

On open access licences – Perspectives from the academic community

Open access licences refer to the licences launched by the American non-profit organisation Creative Commons that promote for example open sharing and distribution of scholarship. The terms of open access licences can be combined according to one’s wishes, for example, to prohibit both modified versions and commercial use (CC BY-NC-ND) or to require publishing under the same licence as the original publication (CC BY-SA). Below is a summary of various licences as well as related views and experiences.

CC BY is the most open licence, which also permits commercial utilisation without separate permission. Many open access publishers published under the CC BY licence for years because this licence was seen as representing and promoting open access most effectively. The maximal distribution opportunities provided by the licence have been seen as its advantage that deemed to benefit, first and foremost, researchers. The disadvantages of the licence became apparent to many when several books published under the CC BY licence appeared in online bookstores in spring 2021. The books were sold by an external publisher under its own name. These items were not identical copies of the original publications, but rather of poorer quality.

Republishing the books is not illegal and does not break the terms of the licence, however, selling these works is morally questionable (see more in the Ubiquity Press Blog). As a result, several open access publishers changed their licence recommendations. For example, HUP recommends the use of the CC BY-NC licence for books, but also permits the use of other licences according to the author’s wishes. UCL Press recommends that the licences used include the NC restriction, preventing commercial use, unless the funder requires otherwise. Of the above-mentioned university presses, only Stockholm University Press continues to recommend the use of the CC BY licence, at least based on the information on its website.

The CC BY-ND licence permits the sharing of the publication as such but prohibits its modification. The original principles of the open access movement were summarised in the Budapest Open Access Initiative of 2002 and later in 2012. The initiative defined only the most open licences as actual open access licences, so hence, not everyone considers the CC BY-ND licence suitable for open access publishing. Nevertheless, it should be noted that open access publishing has developed a great deal since 2012, and some matters should be updated. Researchers’ concerns about the unwanted re-use of their publications and the loss of control over their work should not be ignored.

In addition, the ND licence prohibits translating a publication into other languages without permission. This is something that the British Academy, among others, has emphasised several times in its commentaries on the Plan S guidelines (see, e.g., A commentary from the British Academy 2019, pp. 4–5). For some reason, the OABN asks in its commentary whether a poor translation is worse than no translation at all and considers that the ND licence should be avoided (see OABN statement p. 28). This is a somewhat odd and simplistic notion because a poor translation can introduce errors and misinterpretations in a text. This issue is particularly important from the perspective of humanities and social sciences, in which the significance of word choice and language is evident.

The CC BY-NC licence prohibits the use of the material for commercial purposes. Consequently, many open access university presses recommend this licence either as such or together with the ND restriction. The licence may prevent the depositing of the research data in commercial digital archives or indices. However, with the researchers’ permission, professional publishers ensure that the publications are uploaded on reliable platforms (including the ones provided by commercial actors). This helps the publications to reach a wider audience, while ensuring that unwanted third parties cannot use the publications commercially, as is possible under the CC BY licence.

The OABN believes that publishing under the CC BY-SA licence may prevent the misuse of publications. However, the network notes that the academic community does not have enough information on the consequences of using the licence (see the OABN statement, p. 28). From the perspective of publishers, publishing under the SA licence seems risky because many open access publishers not only publish their works openly online but also sell print copies of their books. If a publication is sold, for example, in print-on-demand, another party could re-publish the work for retail and make it seemingly openly available in a location where no one can find the digital version.